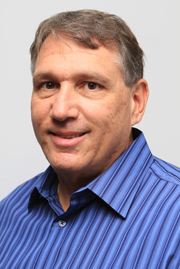 Dick Anagnost, the President of Anagnost Investments, Inc. has over 30 years of experience in real estate and land development within the City of Manchester, Northern New England, and internationally.

Over the years, Mr. Anagnost has assisted the City of Manchester to revitalize downtown Elm Street and help bring it to the ever-expanding metropolis it is today. Mr. Anagnost was one of the first to spear-head the redevelopment of existing historic, boarded up, and abandoned properties in partnership with the City of Manchester, utilizing Section 108 financing. Some of his accomplishments include: Chase Block, the Bond Building, the Dunlap Building, and the McQuades Building; each of which were blighted before he repositioned them. He has redeveloped over 13 properties in the downtown and Millyard areas.

In addition to this downtown retail and professional office space, Mr. Anagnost has been instrumental in the creation of over 500 units of rental workforce housing to serve the needs of the businesses within the City of Manchester. Much of this housing has been created through partnerships with Manchester Housing and Redevelopment Authority and New Hampshire Housing and Finance Authority.

Mr. Anagnost is the Chairman of the Workforce Opportunity Council, Vice Chair of the NH Business Finance Authority, Chair of the JobCorps Task Force, Board Member of Families in Transition, Vice Chair of Moore Center Services, and Director of St. George Greek Orthodox Cathedral. He is also a youth football coach for the Bedford Jaguars and CYO basketball coach for St. George. He lives in Bedford with his wife Demetria and three sons, Alexander, Stavros, and Demetri.

Mr. Anagnost continues to demonstrate his dedication to the City of Manchester in preserving the identity of the historical downtown and Millyard areas, developing professional spaces attractive to businesses, and providing housing for the employees of these companies.